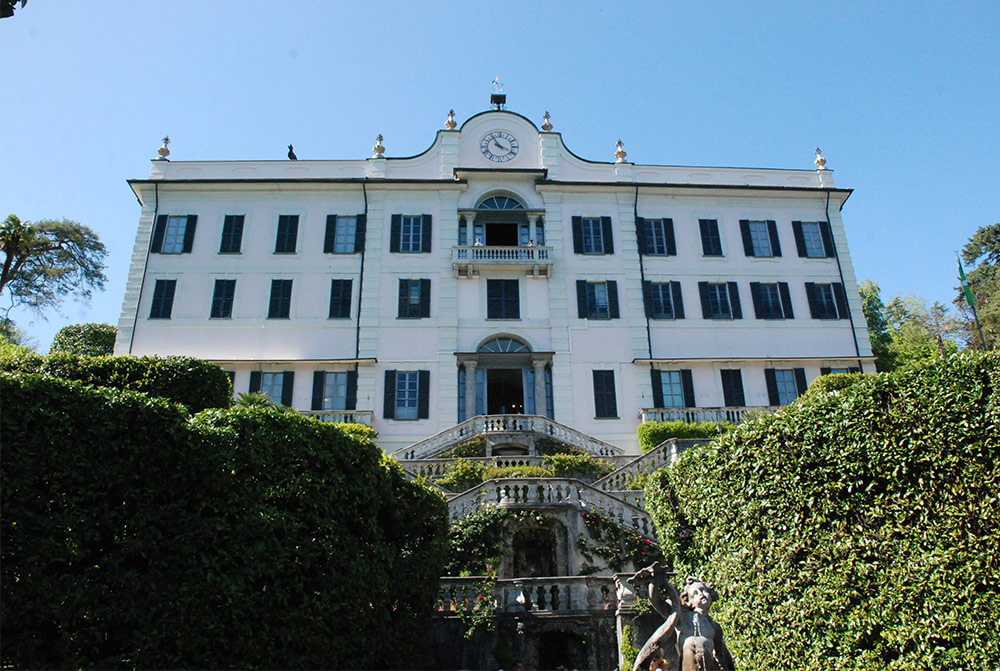 Villa Carlotta in Tremezzo, was commissioned in the late 1600s by the Marquis Giorgio Clerici in a natural basin between the lake and the mountains: thus an imposing but sober building was built, surrounded by an Italian garden with statues, stairways and fountains.
But it was with Gian Battista Sommariva, the subsequent owner, that the villa reached its peak; in fact, he wanted part of the garden to be transformed into a romantic park and that the residence be embellished with those masterpieces by artists such as Canova, Thorvaldsen, Hayez who still make the villa one of the temples of nineteenth-century art today.

In the mid-19th century the property was donated by Princess Marianne of Nassau to her daughter Charlotte on the occasion of her wedding with George II, Duke of Sachsen-Meiningen; the latter, a passionate botanist, did his utmost to develop and enrich the vast landscaped garden, now of great historical and environmental value.
The park of Villa Carlotta is famous for the amazing spring flowering of rhododendrons and azaleas in over 150 varieties, but every period of the year is suitable for a visit: in an itinerary among ancient specimens of camellias, cedars and secular redwoods, immense plane trees and exotic essences in fact surprising encounters follow one another: the rock garden, the valley of ferns, the rhododendron wood, the bamboo garden, the museum of agricultural tools and extraordinary views.

For over 10 years, the villa has hosted an international chamber music festival every Friday evening, from July to September.
Opening: From March 15th to November 10th 2013 every day
From April to October from 9.00 to 18.00
March and November from 10.00 to 17.00

Where is it:
To know more: